… so I got into ham radio. I didn’t do it out of a sense of rebellion and it didn’t happen overnight. There were several key events that guided me toward what would become a lifelong hobby of talking to strangers.

Not only did I talk to strangers across the country, I eventually talked to them on other continents. However, as the ham radio culture would have it, they didn’t stay strangers for long.

It all started when I was a kid, maybe 12 or 13, walking through the back alleys of Bellflower, California with my grandfather. He loved to look for pop bottles, which could bring a bounty of three cents each. Four of them could get you a gallon of gas. They were a valuable commodity that made it well worth the humiliation of digging through someone’s trash.

Pop bottles didn’t interest me as much as some of the other things that I would find. An old wallet. An LA Dodgers baseball hat. But one recovery that I remember well was an Emerson tabletop AM-band radio. When I saw this thing, I felt as though I had won the lottery. There is was, sitting on top of the other trash, it’s white plastic cases cracked at the top – probably the reason for it being discarded. The long AC cord was buried beneath an assortment of tin cans, tangled in rotting garbage, and it took a few minutes to pull it all the way out. 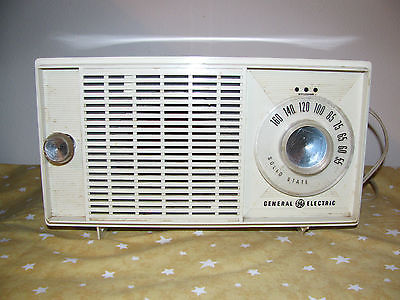 I had to wipe off some overripe watermelon and a substance that was probably tomato sauce, but the whole thing looked pretty much intact. A peek beyond the pressed board back plate revealed that there were no empty tube sockets. Great! There was a better than even chance that I could get this thing to work. Brand new, these things went for about fifteen bucks – way out of my price range. It would take me a whole month of throwing newspapers to earn that kind of scratch.

Once I got my newfound treasure home and on the work bench in my little corner of the garage, my first order of business was to plug it in. No fear. No hesitation. Just take the cord and plug it into the wall socket. The result was a blue arc that shot from the radio to the nearest ground blowing a fuse, and plunging our house into darkness. Damn. Well, maybe I could salvage some parts. After a severe butt chewing by my father about the dangers of electricity, and a warning from my mother about digging through other people’s trash, I clandestinely, more carefully, resumed my mission.

Upon disassembling the radio, I saw the reason for the electric light show. One side of the AC cord had come loose from a terminal lug and was loose in the metal chassis. The empty lug next to it seemed like a logical place for it to go. I wrapped it around the contact and, convinced that I had fixed the problem, plugged it in again. ZZZAAAPPP!!!

It was a direct short across the AC line.

This time I had smoke to go along with the light show, again blew a fuse, partially melted the AC cord, and left a black mark on the outlet and a burn my right hand. Both parents rushed in about the time I was picking myself up off the floor.

This time not only did I get thorough scolding but my treasured radio now found itself, once again, back in the trash. It only stayed there until after school the next day before I secretly rescued it. Curious to find out why the radio didn’t just work like it was supposed to, I looked around the circuit board and found another likely spot for the stray AC lead. I carefully secured it with some electrical tape and once again, fingers crossed, plugged it into the outlet.

The electric shock, arc, and the resulting blown fuse that I was anticipating didn’t happen. I was a bit surprised but far from disappointed. Instead of another catastrophic light show, the tubes inside the radio assumed a warm orange glow and static came from the speakers. It was audible static, — the equivalent of a pulse from anything electronic.

I slowly and deliberately tuned it to 93 on the dial, which was my favorite radio station, KHJ out of Los Angeles. There he was, Charlie Tuna, announcing “My Boyfriend’s Back” by the Angels.  Success!

The station was still a little scratchy, so I experimented around, getting zapped a few times in the process. I discovered that I could tune the IF coils, shielded inside a metal housing, and that would alter the reception. I also found that by adding a long wire antenna, replacing the internal one, which was only a coil of wire that was wrapped around a tube, I could really get great reception.

I continued to listen to KHJ while I attempted other Frankenstein-like electrical projects in the garage. The Real Don Steal was talking over the first few bars of Breaking Up is Hard to Do by Neil Sedaka when my Dad came home from work. Looking at me with a puzzled look he said, “I thought I threw that thing in the trash.”

He just shrugged his shoulders, turned around, and left.

Subsequent back alley shopping trips yielded a bigger speaker, some wire that I used for antennas, and several appliances that I used for parts and experiments. I even got an old television, which was unusual because in 1965 there were very few “old” televisions. Sadly, the TV didn’t work but experimenting with the components and electricity taught me several valuable lessons. I learned, for example, that applying 110 volts AC to both leads of a big electrolytic capacitor created a really smelly weapon of mass destruction. That surprised me because the label on the capacitor said it was rated at 450 volts.

I had refined my dumpster diving route to a commercial alley. One business on the street was a radio and TV repair shop. Going through their trash always yielded wire, vacuum tubes, and electrical components. I even got an old toaster that I converted into a space heater for working in my garage “lab”. One day, while digging through the trash, I found a shortwave receiver. I couldn’t believe my luck. 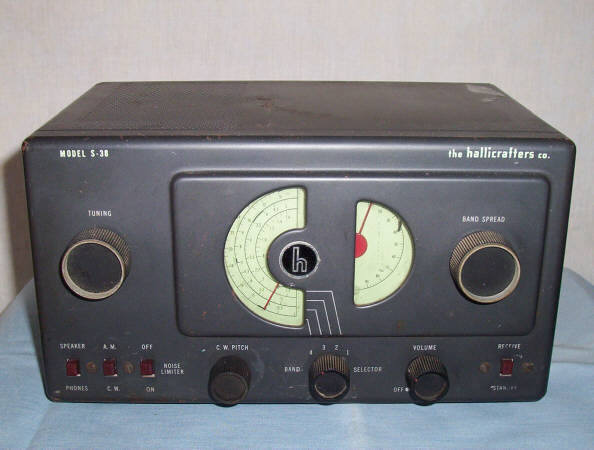 It was a Hallicrafters S-38. By this time I had enrolled in an electronics class in high school, so I knew about Sam’s Photofacts. I also learned about Ohm’s law and consequently stopped blowing up electrolytic capacitors – at least not by accident. Anyway, I found that the receiver, made just around the end of World War II, was capable of receiving damn near anything. I strung a piece of copper wire between the telephone pole in our back yard, to the dismay of General Telephone and Southern California Edison, and the peak of the roof on our house, some 75 feet. I connected it to the screw terminals on the back of the receiver and, as if it were magic, a whole new window to the world opened up.

Although my random length antenna wasn’t cut to any particular wavelength, the receiver picked up a mixture of foreign broadcast stations and ham radio. I could hear Radio Moscow talking about the “glorious success of our collective farms – another achievement of the Supreme Soviet”. But was more interesting than that, to me at least, was the chirps and clicks at the bottom of each ham band – Morse code. It was rhythmic. It was cryptic. It sounded important. After all, Morse and radio-teletype clattering were always clattering in the background of many pre-1970s news broadcasts.

With my S-38, I taught myself to read Morse code. I also managed to find a couple other guys who were interested in ham radio. We took a trip to a local camera shop where the owner was a ham radio operator. After a few weeks of study, all of us passed our Novice class license exam. A few months later, it was a bus trip to downtown Los Angeles where I took the General Class radio exam from FCC employees in starched white shirts and skinny black ties.

My career choice in the Naval Security Group was heavily influenced by my ham radio hobby. After ten years of listening to Russian military communication by day and the rest of the world on the ham bands by night, it was time to join the civilian work force starting a career in telecommunications. One that actually paid real money.

Today, much of what I do in my retirement is ham radio related. Radio contesting, competing for amateur radio awards, and club activities. Many of my friends are ham radio operators. I have achieved most of the awards and worked over eighty-five percent of the countries on the planet. It’s been a blast and it all started with a discarded table top AM radio.