There are several ways to get the attention of your local political heroes.  One is to be a reporter with some hint of a scandal.  Another is to be a Capitol Hill lobbyist.  Or, you can be a campaign contributor with a fist full of dollars. 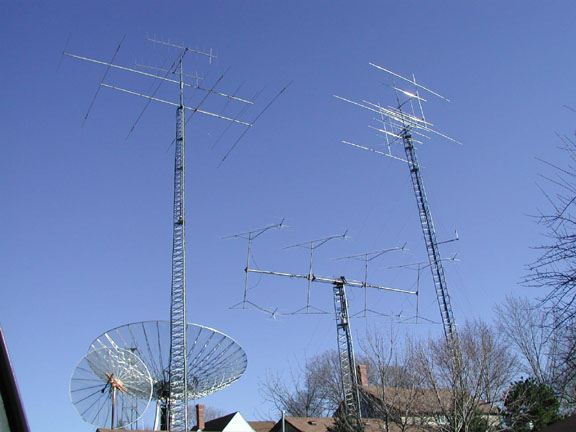 Yet another way is to write a letter.  Yeah, I know that doesn’t sound too dramatic and it won’t make the six o’clock news, but at the least the member of Congress will be told about it.  Plus, you will usually get a nice signed reply on official letterhead.

So why write?  Antennas.  A chance to stick it to the HOA and the city zoning officials who think antennas are ugly.  It’s a chance to show the establishment that aluminum in the sky is not only fun for the radio amateur, it could benefit the community in time of emergency when the cellular system and computerized police radios go quiet.  People need to know this.  Congress needs to know this.

The FCC won’t do much more about addressing covenants and deed restrictions unless Congress tells them to.  This is the US Government equivalent of “Go ask your mother”.  All that’s being asked for is that the same test for accommodation that’s in place now be applied to CC&Rs.  Simple as that.

HR 1301 would require the FCC to amend its Part 97 Amateur Service rules to apply the three-part test of the PRB-1 federal preemption policy to include homeowners’ association regulations and deed restrictions, often referred to as “covenants, conditions, and restrictions” (CC&Rs). At present, PRB-1 only applies to state and local zoning laws and ordinances. The FCC has been reluctant to extend the same legal protections to include such private land-use agreements without direction from Congress.

The Amateur Radio Parity Act of 2015, H.R.1301, has been introduced in the US House of Representatives. The measure would direct the FCC to extend its rules relating to reasonable accommodation of Amateur Service communications to private land use restrictions.  Yes, that means you guys in the HOA ruled subdivisions get to have an antenna if this thing passes.  It may not be that 75-foot Rohn tower with the eleven element beam that you’ve always dreamed of but it will be more accommodating than the wire concealed in the attic.

The ARRL has already started the letter writing campaign.  Congressman Salmon of the Arizona 5th district is a co-sponsor of the bill.  This stands a good chance of passing  if everyone does their part.

Now, those of you who have been to my QTH know that I don’t have any antenna restrictions.  The only person who complains about my antennas is my XYL and those complaints are usually somewhere between S5 and the noise floor.  So why am I so passionate about this bill?

This is an extract of the Declaration of Covenants and Restrictions for Ridgemark Estates, County of San Benito, State of California, which states:

No antenna for transmission or reception of radio signals shall be erected outdoors for use by any dwelling unit except upon approval of the Directors. No radio or television signals or any other form of electromagnetic radiation shall be permitted to originate from any lot which may unreasonably interfere with the reception of television or radio signals upon any other lot.

This is pretty typical HOA language.  With a few minor changes in the language, personal radio communications could be shut down completely.  Not only is this an amateur radio issue, it’s a civil liberties issue.  It doesn’t take much imagination to see where this could eventually lead.

Be part of the solution.  Here are some references that will help you get that letter off to your representative.  Take a minute and help us get this bill passed.

Easy Way to Find Your Representative