The “one phone call” subsequent to an arrest is just another urban myth.  Generally, the arresting agency will allow you to make at least one phone call after being taken into custody. You do have a constitutional right to an attorney and in order to obtain counsel, a phone call is usually necessary to make this happen. That’s what gave rise to the urban myth – that and the fact that the right to one phone call sounded really cool written into a Hollywood script. 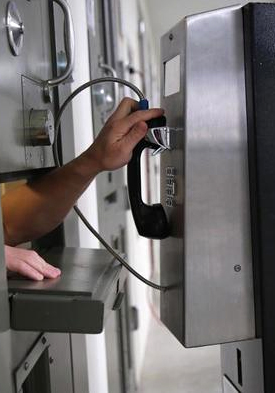 The Tenth Amendment states that anything not specified in the Constitution shall be delegated to the states for litigation and regulation. Since communication incidental to an arrest isn’t a constitutional guarantee, it’s up to the states to put any protections in place.

Now, while you don’t have any guarantees to a phone call under the US Constitution, largely because telephones didn’t exist when the Constitution was ratified, you do have rights under state law in all fifty states. Some states even specify the amount of time, usually a couple of hours, within which a call must be allowed.

Why is this important?

In the Soviet Union, criminals simply disappeared. No phone call.  Nothing.  One evening, Uncle Boris was there for dinner, slopping away happily at his borsch, and the next morning he didn’t show up for breakfast. Not only did not anyone from the family know what had happened to uncle, they were afraid to ask. Someone whisked off by the secret police could disappear indefinitely – some not to be heard from ever again.

Soviet citizens had very little protection from the state. Most of the time, when someone found themselves becoming an un-person, it wasn’t because of a typical crime. It was because of behavior that the government determined to be subversive. Subversion is political thinking outside the box. 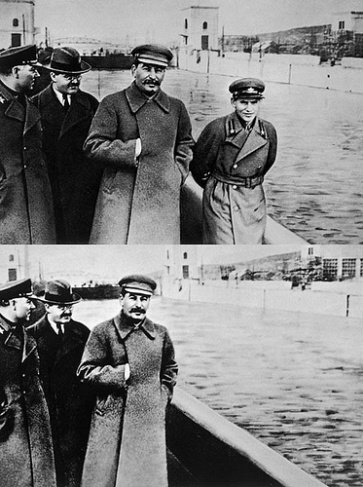 Nikolai Yezhov, father of the Soviet Stalin-era purge, is “removed” from the second photo following his execution.

Joseph Stalin used a strategy called “Второй смерти”, the second death. As a subversive, not only did you disappear, any photographs of you that were previously published were edited so that you were no longer in the picture. Not only did you die, you never existed, hence “Vtoroi Smerti”. Google it. Look at the second death images. These guys invented Photoshop long before Adobe ever existed.

What’s that got to do with my phone call from jail?

In a free society, you cannot hold persons incommunicado. Friends, family, and associates are entitled to know why and where someone is being held. This is the only way that a person can be guaranteed a proper defense and not just disappear like Uncle Boris. The accused are entitled to due process of law.

In a free society, persons held in custody are allowed to reasonably communicate with their friends and family. While that first phone call is important, it shouldn’t be the last. Unfortunately, the local sheriffs across the country have found a way to exploit this financially – sometimes even for personal gain.

If you get a phone call and it’s collect, chances are that call is coming from someone in jail. The collect call under other circumstances went the way of the pay phone and white wall tires.   Twenty-first century communications pretty much eliminated long distance charges, cell phones removed the need for pay phones, so all you need to call anywhere in the country is access to the public telephone network.

In jail, calls are monitored, and for good reason. Calls are monitored to prevent the intimidation of witnesses. They prevent the operation of criminal enterprise from behind bars. I get that. Monitoring calls costs money. Somebody, somewhere, has to listen, or at least have access, to every phone call made from an inmate. The question is, how much is too much?

A call from jail can cost as much as four dollars a minute. Being collect, it’s billed by local telephone companies at the highest rate because it’s an operator assisted call. In addition, fees are tacked on by the company that provides the jail telephone system and a commission is paid to the sheriff.

Commission? Really? While it is understood that the majority of the cost of running a jail telephone system for the benefit of inmates should be self-supporting, it shouldn’t be a profit center. Across the country, the same thing is happening. Outrageous fees are being charged for a simple phone call.

While you may not have sympathy for the inmate aside from the fact that at this point he’s only accused, not charged, consider this: The cost for those phone calls is not being borne by the inmate, it’s being paid by the families. If the inmate was the breadwinner, the family is already struggling. Where is the justification for gouging the friends and families of those incarcerated and accused of a crime?

Polls show that over two-thirds of Americans polled believe these charges are inappropriate. The charges come from the fee charged by the telecommunications company plus a commission paid to the sheriff running the jail.

The Federal Communications Commission held a workshop on inmate telephone rates and found that in an eleven year period that commissions have been in place, these fees being negotiated by sheriffs have only increased.  During the 11 years that commissions have been in place, they have increased from ten percent to an average of sixty percent, and some as high as 98 percent.  It seems that jailhouse phone calls have become a cash cow for local sheriffs.

There is a movement in place to petition the FCC to regulate jailhouse phone rates. It has popular support and will likely result in a cap being placed on what can be charged. The FCC already caps the cost of calls from prison – they should do the same for calls from jail. Commissions should be eliminated completely or at least capped at a reasonable rate. There is no reason to fleece the public simply because it’s possible to do so.

It’s likely that the FCC will respond to the clear mandate. Sheriff’s departments have already realized this and are now venturing into the realm of video teleconferencing in lieu of personal visits and phone calls – something that’s unregulated.

Sheriff Joe Arpiao, always on top of his game, has already went in that direction. Contacting with Securus, one of the leading jailhouse telecommunications providers, MCSO inmates can have a 20-minute video call with their families for $7.99, or 40 cents per minute. As long as it stays at that rate and doesn’t become subject to commission creep, that’s a reasonable accommodation. By the time you consider the transportation costs and wait time associated with an in-person jailhouse visit, that’s not an unreasonable cost. As bad as I hate to admit it, Joe did right on this one.

However, watch the cost of these video visits over the next few years. My prediction is that the cost will increase steadily after the first year “introductory pricing” goes away.