Look, we’re all going to get old if we live lo 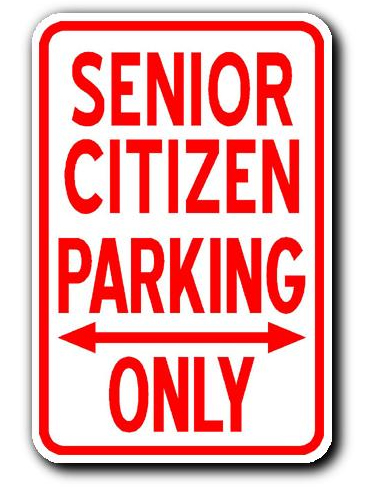 ng enough. It would seem that there would be a personal incentive for everyone to make sure that seniors had it easy when they reach their later years. Wouldn’t it be nice if you didn’t have to worry about the basics – health care and an income enough to at least sustain you above the poverty line? Of course, some are going to be financially able to make it on their own without help from anyone else. Others, not so much.

There was a time when one could work for a company for a couple of decades and earn a pension that would sustain them through the rest of their lives. Not anymore. At best, you get a 401K that is vulnerable to the ups and downs of the stock market over which you have no control. How many times have we heard about 401K accounts losing much of their value in a down market? What about all the pension funds that fell victim to fraud, mismanagement, or corporate bankruptcy?

After all, people in their sixties tend to be more of a healthcare liability. There’s more of a chance that they will drop dead of a heart attack or have a stroke on the job. That’s a workman’s comp liability that most companies don’t want any part of. That’s why workers in their senior years tend to get reassigned to the pasture, either by re-organization or selective reduction in force.

Social Security, started in the 1930s when everyone who did have a retirement savings lost it when almost all of America’s banks failed, was meant to ensure that seniors had a basic income when they could no longer work. Instead, it became a cash cow that Congress has plundered for the last eighty years.

Medicare, intended to ensure that senior citizens had access to medical coverage once they no longer had employer-sponsored insurance, has something called a donut hole. Cute name for a really stupid oversight. The donut hole means once you’ve paid a certain amount for prescription drug coverage, there’s a coverage gap and you end up paying out-of-pocket for your prescriptions. I guess naming this stupid idea after a pastry is supposed to make it more palatable. Meanwhile, while those with only a few hundred dollars coming in each month struggle to get through the gap in their insurance coverage, Congress gets better coverage than even the US military does.

Here are some ideas that would make life for senior citizens in our country much easier:

Do away with any income taxes on Social Security. Does this really require justification? Someone who’s worked long enough to receive this benefit has already paid enough in taxes. The meager amount that a retiree receives from Social Security is nothing compared to the wasteful programs that Congress funds every year.

Separate Disability, Supplemental Security Income (SSI), Temporary Assistance for Needy Families, and all of the other welfare programs associated with the Social Security Administration from the benefit that Americans have worked for and contributed to. The welfare programs are necessary but should be administered differently and from separate funds. The Social Security fund doesn’t belong to the American government. It belongs to the people who paid into it. There is a big difference between Social Security and the other programs. The first is for people who worked and earned the benefit. The latter is for people who, for one reason or another, can’t earn a living.

Make Medicare coverage comprehensive and linear – no coverage gaps, a cap on deductibles and co-pays. Sure, this will increase the amount working Americans pay during the period they contribute but it gives them the peace of mind knowing that their basic medical needs will be provided for at an affordable rate when they retire.  Make prescription drug coverage a part of the benefit – the US Government would be the largest buyer in the world and should get better prices than any of the insurance companies.  Pass that on to the people who made the US Government possible.

These ideas aren’t in the least radical. But then what’s radical to someone in their 20s makes a lot of sense to someone a couple of generations older.