By the end of last month, more than 200 Maricopa residents applied for permits to beat ED3s imposed solar installation deadline of July 1.  That should provide some idea of how much demand there is from residents to use free energy from the sun versus paying ED3 one of the highest electric utility rates in the state. 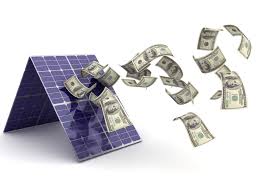 over the vocal objections of myself and others, Electrical District No. 3 initiated a policy of only 30 solar conversions per month.  Why?  To protect their revenue source.  In addition to throttling solar progress,  ED3 also raised their fixed recovery cost from 70 cents to $3 – a more than 200 percent increase.

The solar installation providers haven’t screamed too loud – yet.  The 30-per-month policy was the best promotion for solar sales yet resulting in a windfall of new customers.  As with anything where the supply is limited, customers literally threw themselves at solar companies to get in before the deadline.  Year-to-date, solar permits in Maricopa are over 400 percent higher than they were this time last year.

What’s really disturbing about this is that Electrical District No. 3 is a nonprofit company.  Further, because they are a government entity formed by the Pinal County Board of Supervisors, they are not regulated by the Arizona Corporation Commission as are private utilities.  And if that’s not enough, residents have virtually no say in the makeup of the ED3 governing board.  That’s because votes are tied to the number of acres of land that a ratepayer owns.  As such, agricultural users have thousands of votes and single home residents have none.

Don’t get me wrong, ED3 isn’t against solar energy.  They just don’t want to give up the money they get from pimping conventional power.

As a result of their self-preservation tactics, ED3 has forced customers to make large purchase and long-term lease decisions without the time to carefully consider the consequences.  While there is no downside to solar energy, how a system is financed – or whether it should be financed at all – can have a significant impact on a families personal finances.  The company from whom the system is purchased should be carefully vetted.  There’s a lot to consider and people shouldn’t be rushed into making a decision out of fear that solar may not be readily obtainable in the near future.  ED3 did the community a huge disservice with this poorly thought out policy and arbitrary deadline.

Solar Energy is key to the future of our economy.  It has the potential of making Arizona one of the most attractive places to live because of our wealth in sunlight.  Because of our high demand on energy to air condition our homes in the summer and our abundance of sunlight, Arizona has the highest return on investment in the country for solar.

Even in areas where there isn’t such a large return on investment, the federal government announced special promotions to encourage solar systems on public, low-income, and subsidized housing.   And meanwhile, ED3 fiddles while the sun burns, literally keeping the Maricopa community in the dark ages.

How much money would find its way into the local economy if residents didn’t have to fork it over to ED3 each month?  Imagine how much easier it would be to sell your home if you could mitigate the one-two punch of Global Water and ED3 presenting the highest utility costs in the state.  So, while our city government and business leaders work to steadily improve Maricopa as we recover from the worst economic crisis since the Great Depression, ED3 continues to push on a door marked pull.