The incident in this story happened in Denver but it has happened everywhere. I remember when my kids were given a peanut butter sandwich, which had to be obtained from the school nurse, because they forgot their lunch money. Here we have a story about a school district whose solution to a problem was to fire the worker rather than fix the problem. 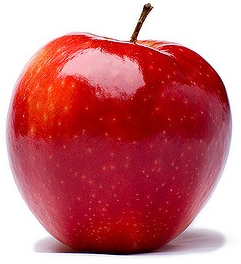 Della Curry, a cafeteria worker in an elementary school in a Denver suburb, has been fired for giving free food to students who didn’t qualify for the federal free lunch program.

The mother of two admitted to KCNC-TV, which first reported the story, that she violated school policy by giving the free meals but said that she didn’t want to see the children go hungry. She’s hoping her case will change district policy.

Personally, I am grateful for people like Della. Too bad the professionals in this case, charged with the children’s well being at school, don’t share her compassion.

“I had a first grader in front of me, crying, because she doesn’t have enough money for lunch. Yes, I gave her lunch,” Curry told the station. “I’ll own that I broke the law. The law needs to be changed.”

But that’s civil disobedience. Nevertheless, it’s well placed. Della took initiative to address a problem, which is more than I can say for the school district.

Sometimes someone just above the free lunch threshold can’t afford lunch. Sometimes kids forget their lunch or their lunch money. The result is that a child goes hungry for the remainder of the day and feels embarrassed and humiliated.

The amount of food thrown away in this country would completely feed some developing nations. There is absolutely no reason for any child not to have a lunch at school – money or not. Instead of firing this lady, the school administration should come up with some long-term solutions to the problem.

First, there should be a hard and fast rule that all children get a complete lunch, not just a sandwich, regardless of their parents financial situation. After all, all children are inherently indigent.

Put some money in the budget to cover forgotten lunches. Come on, how much can it be? Remember, schools are working with taxpayer money and are not profit centers. The district in this case said the cost of the district’s lunch program is not covered by the prices charged. That sounds like an issue that needs to be addressed in the budgeting process, not when a child is standing in the lunch like.

How many times did an administrator skip a paycheck because there wasn’t enough money in the budget to cover costs?

It’s a well-established fact that hungry children have a difficult time learning. Since the primary mission of the school district is to educate children, making sure they have their lunch is essential to accomplishment of this objective.