When Electrical District No. 3 was formed in Pinal County, Arizona, in 1926, solar energy was still pretty much science fiction. In fact, the Rural Electrical Administration, part of Franklin D. Roosevelt’s New Deal didn’t come into existence until 1935. At that time, only ten percent of rural America had electricity; ninety percent of the urban population did.  That’s because priva 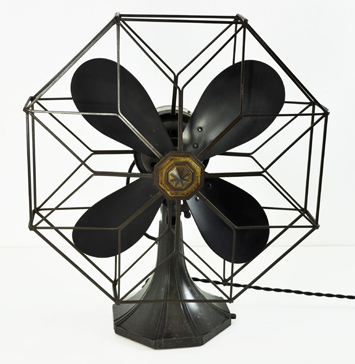 te corporations wouldn’t enter the rural market if there wasn’t any profit in it for them.

If you lived in Arizona in the 1920s, your best hope for relief from the summer heat was an electric fan – if you had electricity. Today, air conditioning in most of Arizona is considered absolutely essential. Along with the demand for electricity comes the price to obtain it. For most homes, it’s the most expensive utility.

While the US Government was trying to electrify the Tennessee Valley through the controversial TVA, there was already a solar solution in the works, albeit expensive and impractical. While the concept of the solar cell began in the mid-nineteenth century, the abundance of coal and petroleum made it an overly expensive solution. It didn’t get a lot of consideration until the Arab oil embargo in 1973. Suddenly, with gas jumping to an outrageous ninety cents per gallon, solar energy became of great interest.

At least for the type of solar energy that would power a home, it all begins with a solar cell array. A photovoltaic cell (PV cell) is a specialized semiconductor that converts visible light into direct current. A solar array consists of panels of these cells designed specifically for residential use. A typical solar system should last anywhere from 20 to 40 years, depending on quality and how much the sales person is willing to embellish the truth. I won’t go into the specifics here, but solar systems generally pay out rather quickly and, even considering the equipment and installation costs, are much less expensive than commercial electricity, which must be purchased through a utility.

Cost isn’t the only advantage of solar energy even though it’s a huge consideration. There is the political advantage of the reduced dependence on foreign oil. We never know when that resource will be restricted, like it was in 1973, or end up with a radioactive half-life of a few thousand years. It would be nice to know that those of us in Maricopa could keep the air conditioners running no matter what the situation in the Middle East.

Finally, there’s the environmental consideration. Every lump of coal or gallon of oil burned increases the carbon footprint of mankind. Even if you don’t believe in global warming, there’s no dispute that smokestacks have an adverse impact on the environment. Just look at China where industrial children in industrial cities learn about the sun only through text books and stories passed down by their grandparents.

All things considered, you would thing that every entity, government, commercial, and private would be for solar energy. It’s one of the few industries that’s all win and no lose. It’s hard to find a disadvantage to solar power – unless you’re ED3.

Okay, to be fair, I can’t just point the finger at ED3. I have to blame APS and SRP, the other two electric utilities in this part of Arizona, for the same bad attitude toward solar energy. Or maybe it’s just corporate greed. Whatever it is, it’s misplaced. Solar energy should be embraced and promoted as a panacea to human existence. I put it somewhere between air travel and the Internet. I have even higher regard when I get my utility bill after a stretch of 100-plus degree days in the summer.

Utilities have a problem with solar because it’s free – at least the energy itself is free. Okay, so you still need some commercial electricity at night when the sun is warming and lighting the other side of our planet; most of the time the solar energy you generate during the day more than offsets the cost of what you use at night. In some cases, when it exceeds it, you get to sell electricity back to the utility.

So, how’s a company like APS, SRP, or ED3 supposed to make money? Well, there are plenty of non-solar, primarily industrial, applications that solar just doesn’t support. There will always be the demand for commercial power and, regrettably, nuclear power. We saw how well that worked during the Fukushima nuclear disaster in 2011. With any luck, the reduced demand on commercial electricity brought about by solar energy usage will make nuclear generating plants unnecessary. 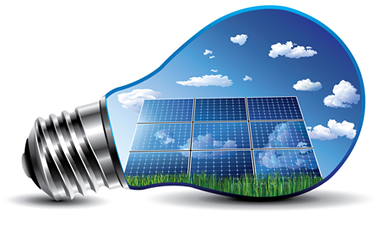 In less than 15 seconds, the sun delivers enough energy to power the entire planet for a day.

Back to ED3. The company will increase its fixed cost recovery charge from 70 cents to three dollars. It’s too bad that ED3 isn’t regulated by the Arizona Corporation Commission like APS and SRP are. If they were, they would have to at least justify this price increase to the commission, conduct public hearings, etc.

But what’s worse than the cost increase is that the company will also limit new solar installations to 30 per month. In my book, that’s criminal. It’s standing in the way of progress that will yield a long term and immediate benefit tp the residents and ratepayers in many ways.  What they’re doing is throttling technology that benefits everyone – even those outside the area or without solar.

ED3 is worried about a reduction in revenue – plain and simple. What benefits the consumer in this case has an adverse effect on the ED3 bottom line. Even as a nonprofit company, they are dependent on a steady revenue stream – if they are to continue living in the manner to which they’ve become accustomed.

Instead of embracing the gift of solar energy, ED3 chooses to join the other utilities in a shell game of net metering, feed-in tariffs, and other smoke and mirrors techniques to help stop the hemorrhage of revenue. Of course, the fact that utilities have lower expenses due to reduced cost of purchasing energy rarely becomes part of the discussion.

I hate government regulation but there are times when it’s absolutely necessary. These are cases like fraud and anti-trust where corporations hold consumers hostage. This is one of those cases. Utilities should be absolutely prohibited from inhibiting the proliferation of solar energy systems. It’s to everyone’s advantage that we get away from fossil fuels and foreign oil dependence — everyone’s advantage except those who profit from providing commercial power.

Instead of choking the progress of new technology, perhaps ED3 should embrace it, join the solar bandwagon, and start doing solar panel installations.  After all, the way ED3 got into business in 1926 was by embracing new technology – electricity.