Engraved on a bronze plaque inside the Statue of Liberty are the words,

“Give me your tired, your poor,
Your huddled masses yearning to breathe free,
The wretched refuse of your teeming shore.
Send these, the homeless, tempest-tossed to me,
I lift my lamp beside the golden door!”

Much more than poetic words, the promise of refuge is what made America so different than any other society in world history. Along with the Bill of Rights, the freedoms of thought, speech, and the promise of personal liberty made our country the most successful endeavors since the beginning of time. Given the opportunity for a new beginning, many started with nothing.  Through hard work and ingenuity, they prospered. Collectively, they created the richest country ever.

Back to the poetic sonnet known as The New Collosus. Less known is the sentence right before the more widely recognized words, which reads:

Almost clairvoyant are these words, written in 1883 during a period of mass immigration to the United States from countries in Europe. It wouldn’t be until over a century later that “ancient lands” could refer to the biblical countries of Syria and Iraq.

On November 13, 2015, a vicious, brutal attack was carried out in Paris by Islamic extremists. Muslims who had immigrated to France carried out random acts of murder, one after the other, shooting into crowds of defenseless civilians. Then, in a final act of cowardly desperation, most of them blew themselves up avoiding the pain and punishment they were certainly entitled to.

The criminals that carried out this slaughter were invited into France, given refuge from whatever Middle Eastern country they or their parents were trying to escape. They repaid their country with a barbaric, senseless act of pure evil. This brings up the question of whether we should allow ten thousand Syrian refugees into the United States.

Because of the chaos in Syria, millions of people are displaced. Muslim families have taken their children and whatever possessions they could carry and embarked on a long, dangerous journey that many would never complete. There’s nothing holy about that. Neither is there anything holy about watching the bodies of children wash ashore, grieving parents hanging on to what’s left of capsized rafts, trying to,escape to Europe.

The whole world looks on look on with compassion and empathy.  America wants to help. The question is where to apply help so that it will be effective and not create a whole new problem by importing terrorists along with any refugees we were trying to help. Many state governors, even though they have no legal authority to do so, have banned acceptance of any refugees into their state.  People are afraid. We’ve seen what irrational hatred and a few ounces of C4 can do. Hatred and a couple of kilos of C4 is all it takes.

The downside is that if we don’t allow the refugees in, we will be giving up one of the most precious of American values – welcoming everyone. 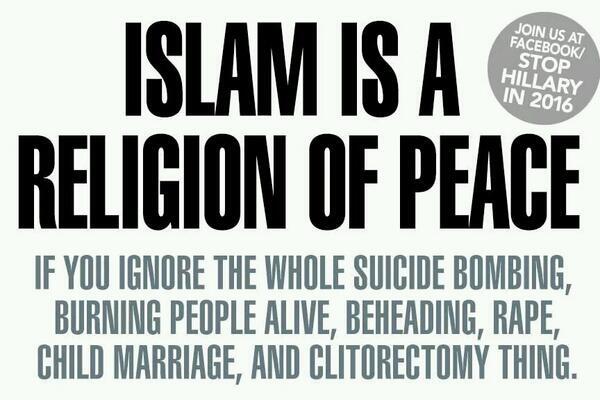 Despite what the Obama administration would have you believe, There is very little screening of refugees. You don’t ask a drowning man for his identification before you throw him a life jacket. Any refugees coming into the US would be fast tracked without much background or criminal records checking done. Given the state of affairs in Syria at this time, it’s unlikely that a reliable vetting could be done even if there were time. The government of Syria is too busy trying to ward off rebel attacks and barrel bomb it’s own people to keep accurate records. There is no doubt that some of those coming into our country would be radical extremists. As we saw in France, and on 9/11, it only takes a few.

In the US, keeping immigrants out of a state doesn’t really make its residents any safer. Travel is unrestricted in the United States. We may put ankle bracelets on petty criminals but they won’t be put on potential terrorists. They only way to keep them out is to not allow them admission to the United States.

While most of the people given the opportunity to settle in the United States would likely become productive citizens, many would not. Young men who didn’t speak the language or had limited education would find themselves unable to find a decent job. Culture shock would set in. Many would feel disenfranchised. These are the people who groups like ISIS seek to recruit. Even if they weren’t radical when they came here, some of them likely would be later on.

Keep in mind that ISIS has killed many, many more Muslims than anyone else. 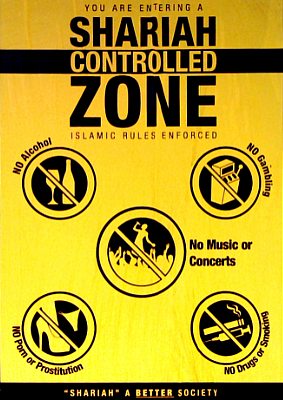 While the stories of Sharia “no-go” zones in European countries are grossly over-exaggerated, Sharia patrols have actually roamed streets in East London from 2013 to 2014. They made videos of their activities and uploaded them online. Hooded members of the patrol confronted passers-by and demanded that they conform to Sharia Law.  They targeted gays and prostitutes as well as people drinking alcohol. Violators included anything from couples holding hands to women in what the patrol considered to be revealing clothing. Eventually there were a few arrests made and some jail time handed out to the righteous zealots who decided to apply their version of morality to everyone else.

When the Irish immigrated to the US in response to famine in Ireland, they assimilated into the American society. Despite condemnation and segregation, they became part of what is America today. While some of their culture became ours, most of ours became theirs. The problem with the Muslim culture is that it’s exclusive. If one doesn’t conform, they’re “infidels”.   Their archaic laws call for extreme punishment – beheading, dismembering, or stoning. Where Western culture has made tremendous advances in making women equal and empowered, Muslim culture continues to oppress them in every way imaginable.

It’s unlikely that Muslim and Western cultures can coexist. There would be conflict until one or the other would dominate.

In my opinion, the best way we can help Syrian refugees is to support them where they are. Instead of making them travel to another continent, let’s provide a safe place in their home country and then protect them. Yes, it will take some effort, probably cost American lives. We really have no choice as a nation. Unless we’re willing to do what needs to be done in Allepo, or Raqqa, or Damascus, we’re going to be addressing the issue in American cities.

Once we’ve stabilized a region, we need military presence to prevent the meanest, most evil and aggressive bully on the block from taking over the country.  Going in, kicking butt, and coming home is not a strategy for lasting peace. Solving the refugee crisis and the problems that caused it should be a collective effort of all Western nations, contributing in proportion to their capability. It’s been proven that these attacks can happen anywhere. Even neutral nations have had terrorist attacks.

The way to ensure the that there will be another attack on our country is to do nothing.