The American flag is a centuries-old, globally recognized symbol of freedom and justice for everyone.  It stands for freedom, not incarceration.  It has no place on county jail inmate uniforms.  That is exactly where our flag would end up if Sheriff Joe Arpaio were to succeed in his latest quest for media attention.  Yes, Joe wants to sew the American flag on inmate uniforms to “teach them to respect it.”

The American flag is something worn by heros and those in service to their country, not inmates.  Many of those held are immigrants, legal or otherwise, from other countries.  They’re not American citizens and to make them wear our flag is a misuse of the flag.  Unless they’ve been convicted and sentenced, they’re being held for trial to determine if they’re guilty.  As such, making them wear the flag of a country to which they bear no allegiance is not only wrong, it’s a denial of their due process.

I wonder how long it would take the State Department to protest if US Citizens being held a foreign jail were forced to wear that countries flag while in custody? 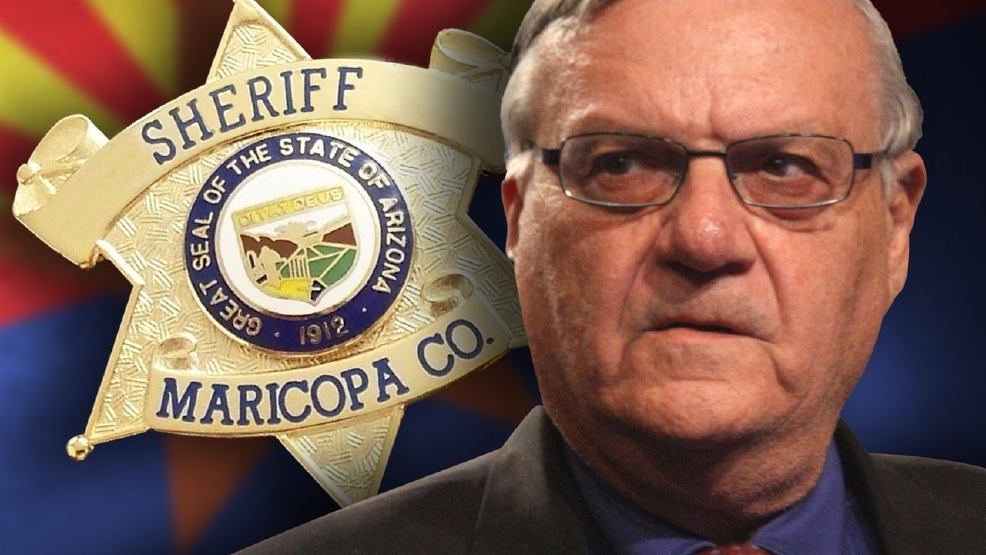 In the past, Arpiao had the American flag painted inside the cells in his jails.  He then dared any inmate to deface it, threatening them with charges of an crime if they did.

As a veteran, I am offended by this flagrant disrespect for our symbol of freedom.  Arpaio may think the flag is just another tool for him to get media attention, but men have died defending that flag and what it stands for.  Every veterans group in Arizona should call on the Maricopa County Board of Supervisors to do whatever is necessary to keep this disrespect of our flag from happening.

Humiliating and manipulating inmates is not only unethical, it’s dangerous.  When you take a young man who has been accused of a crime, dress him in pink underwear and feed him food that even the food bank wouldn’t pass out, what do you think is going to walk out the door when his sentence is over?  It will likely be someone who’s angry and has no respect for the system. 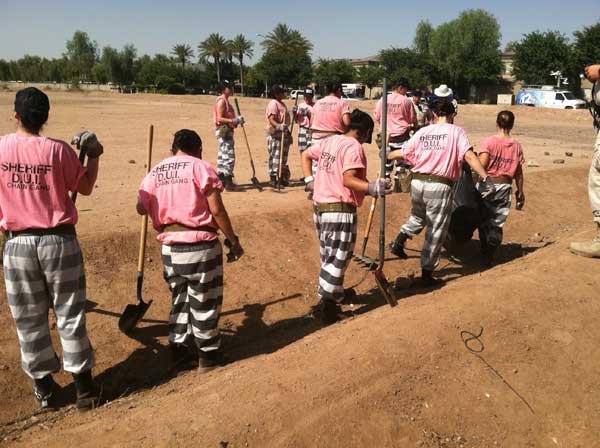 Arpaio established chain gangs and marches them around in public with rakes and shovels.  The do no productive work, they’re props — human campaign posters that are designed to appeal to the “law and order” crowd.

Deterrent is one thing – abusing inmates to gain political recognition is another.  The practice of unnecessarily demeaning and humiliating inmates and then releasing them to the public is dangerous.

Arpaio claims to have saved taxpayers money with his abusive antics.  The truth is that the tens of millions in legal fees because of his wrongful behavior far outweigh any pennies he’s saved.  The day that flags get sewn on to inmate uniforms you can bet that there will be civil rights lawsuits filed.  Add the cost of the embroidery and the cost to respond to the legal action to Arpio’s multi-million dollar tab.

This has gone on long enough.  It’s unlikely that Sheriff Joe will be elected anyway.  The civil contempt conviction against him means that even if he were re-elected, federal monitors, not the Sheriff, would be running MCSO.  He’s done irreparable damage in the time he’s been in office – I hope he isn’t able to continue by desecrating our flag.

Arpaio styles himself as “America’s Toughest Sheriff.”  He has been accused of abuse of power and misuse of funds.  The truth is that this self-described touch guy has failed to investigate hundreds of sex crimes while at the same time illegally stopping Latinos to check their citizenship status.  His has been accused of the improper clearance of cases, unlawful enforcement of immigration laws, and election law violations, among other things.  Now he wants to improperly display the national ensign.  We need to stop him.