Before last June, Kim Davis of Rowan County, Kentucky, was simply a 44-year-old three-time divorced woman with two children out-of-wedlock. She was hardly a candidate for true north indicator on the moral compass of America, especially by Christian standards. Through the miracle of divine intervention and forgiveness, today that’s changed.

Kim is an elected official who refuses to do her job. Nothing new there. Congress has let the government grind to a halt many times while refusing to vote on a budget. Congress is guilty of political posturing in trying to get one special interest bill or the other passed in order to forward a budget. Kim neglects her duty because God told her to. 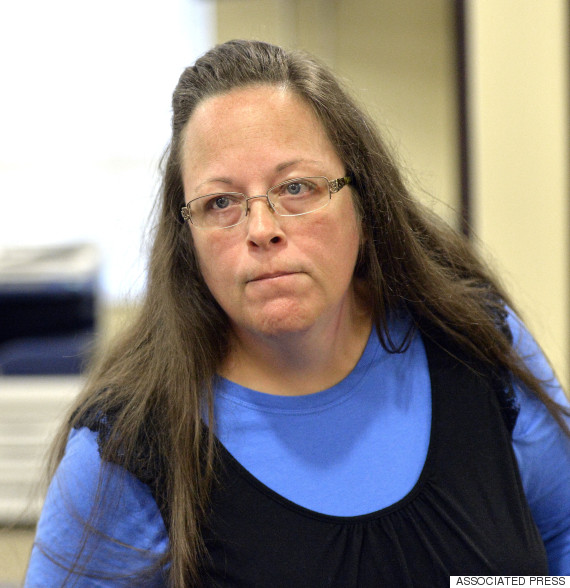 Kim Davis, however, invoked “God’s authority” as she defied a series of federal court orders and continued to deny marriage licenses to same-sex couples. In fact, she denied marriage licenses to everyone in a clever attempt to appear non-discriminatory. She also knew that by not issuing marriage licenses at all, she would draw maximum attention to her misguided cause.

This lady has the Lord on speed dial. According to her, he talks directly to her and has told her what is right for the citizens she was elected to serve — regardless of what the law says.

She is known for wearing dresses down to her ankles.  That’s probably the only public service she provides. END_OF_DOCUMENT_TOKEN_TO_BE_REPLACED